The Legend of Peter Dromgoole

The legend of Peter Dromgoole and Fannie is a popular campus story at the University of North Carolina at Chapel Hill. Dromgoole was a student at the University who supposedly died in a duel in 1832. It's said that his body was buried under a stone known as Dromgoole Rock, located at a spot near campus known as Piney Point, near the ominous Gimgoul Castle.

The story goes that Peter Dromgoole and a young girl from town named Fannie were madly in love. They often met in secret at a large rock near campus. But another student also loved Fannie, and he was madly jealous of Peter Dromgoole and Fannie's affection fro him. The man happened upon Dromgoole one night one campus. Harsh words were exchanged,and they agreed to meet at Piney Point the following day for a duel to settle the matter.

Dueling was, even then, strongly discouraged in the student handbook. But students being students, nobody was going to say no, and rumors of the illicit fight began spreading rapidly across the campus. By the time the duel was to take place, a small crowd had gathered to witness the event. Word of her suitors' rivalrous foolishness reached Fannie early the next morning, just before the duel was to begin. She rushed to Piney Point only to to see Peter shot through the heart. Peter Dromgoole collapsed onto a boulder, which was permanently stained with his blood.

The witnesses and seconds hastily buried Peter's body and moved the rock where he had died on top of his grave to cover the fresh dirt. Ironically, this had been the very rock where the two lovers had often met.

The bloodstains on the rock where Peter died never disappeared, and deep red blotches can still be seen on Dromgoole rock to this day.

Peter Dromgoole's disappearance was immediately noticed. His rival and murderer spread the rumor that Dromgoole had run away to join the army. But, as can happen when you shoot someone in front of a large number of witnesses, the man's part in Peter's death was soon widely known. He abandoned his studies and disappeared from Chapel Hill, never to be heard from again.

Fannie, pining for Peter, died later that summer. Her last words were said to be that Peter was lonely and she was going to meet him. The shadowy figures of the two lovers meeting in the woods by Dromgoole Rock have been often seen since.

While Dromgoole Rock does exist, it is not accessible to the general public. Dromgoole Rock is located at Piney Point, on the land of the appropriately gothic Gimgoul Castle. This imposing building, while unconnected to the legend, adds a further air of mystery about the place. Gimgoul Castle was constructed in the 1920s and is the home to the UNC's secretive Gimgoul Society. The rock is located on private land and visitors are not welcome. 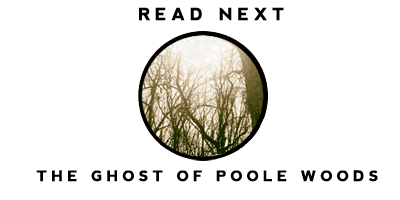