The Ghost in the Skinflint's Mine

North Carolina was home to America's first gold rush. When John Reed discovered gold on his property in 1799, he didn't first realize what he had. Reed's son Conrad discovered a large, yellow rock in the creek that ran through the Reed farm. The family used the unusual stone as a doorstop until 1802, when a jeweler from Fayetteville who was passing through recognized the rock as gold and paid Reed $3.50 for it, money which Reed used to buy coffee beans and a calico dress for his wife. Later, Reed discovered that the actual retail value of the rock had been over $3,500. Reed successfully recovered $1,000 of that when the Jeweler returned to buy more rocks from him. Word of the discovery soon spread, and what had until then been a quiet corner of Cabarrus County was soon covered with prospectors from across the world.

North Carolina would remain America's leading producer of gold until the discovery of the precious metal in California in 1848. Reed's farm became the center of this gold fever, with the mine expanding from surface panning to shafts dug deep beneath the earth in search of lodes of ore. Labor was imported from all across the world, and expert miners from Cornwall in England were brought in to establish the operations. Apart from the expertise these men brought, the immigration was fueled in part by local labor being still heavily dependent upon slavery. There was a general fear that slaves would pocket the gold and quite sensibly use it to buy their freedom.

The Reed Gold Mine expanded, helping the growth of the nearby city of Charlotte. For nearly forty years, North Carolina supplied the U.S. Mint with a substantial portion of its gold, reaching a staggering, for the time, $11,000 in 1804 alone.

But where there's gold, there's greed. And where's there's greed, there's violence. One property near Reed's where gold was also found was owned by a man named McIntosh, remembered to legend as "Skinflint" McIntosh. McIntosh sough the services of an expert miner named Joe McGee, but McGee was concerned over the tight-fisted mine owner's lack of concern for miner's safety. McGee asked McIntosh if he took the job and died in the mine, would McIntosh pay his widow $1,000? McIntosh responded that he would pay her $2,000. And so McGee went to work for Skinflint.

One night, Joe McGee failed to return home. His wife, Jennie, rounded up his friends and formed a search party. Joe's friends, all experienced miners, searched all of Skinflint's mine but found nothing. When several weeks passed and with her husband still missing, Jennie McGee approached McIntosh, demanding the promised payment of $2,000. Skinflint told the woman that her husband had run off on her, and slammed the door in the woman's face.

Soon after, McGee's friend Shaun heard a knocking on his cabin door late one night. When he opened the door, he was startled to see a ghastly apparition, a specter that spoke to him in the voice of Joe McGee.

The ghost told him that McIntosh had cut costs on building the mine, and had used unsafe green timbers to secure the shaft. McGee's specter told Shaun exactly where to look in the mine where the timbers had given way and he had died in the cave-in. And then, the ghost asked if McIntosh had paid Jennie the money. When Shaun said no, the ghost wailed and said "I'll haunt that mine of his forever", and disappeared into the night.

The next day, Shaun led a party back into the mine and uncovered Joe's body just where the ghost told him it would be. Shaun and his friends formed a well-armed delegation and confronted McIntosh, who confessed he had known of Joe's death and concealed it from the miner's widow. McIntosh paid Jennie the promised $2,000.

After this, McIntosh could not find anyone willing to work for him. Some say it was because of his disregard for the worker's safety. Others say it was because of the terrifying white figure that would appear, wailing, deep in the mine. Skinflint McIntosh died a poor man, and some say that the ghost of Skinflint's mine can still be seen to this day. 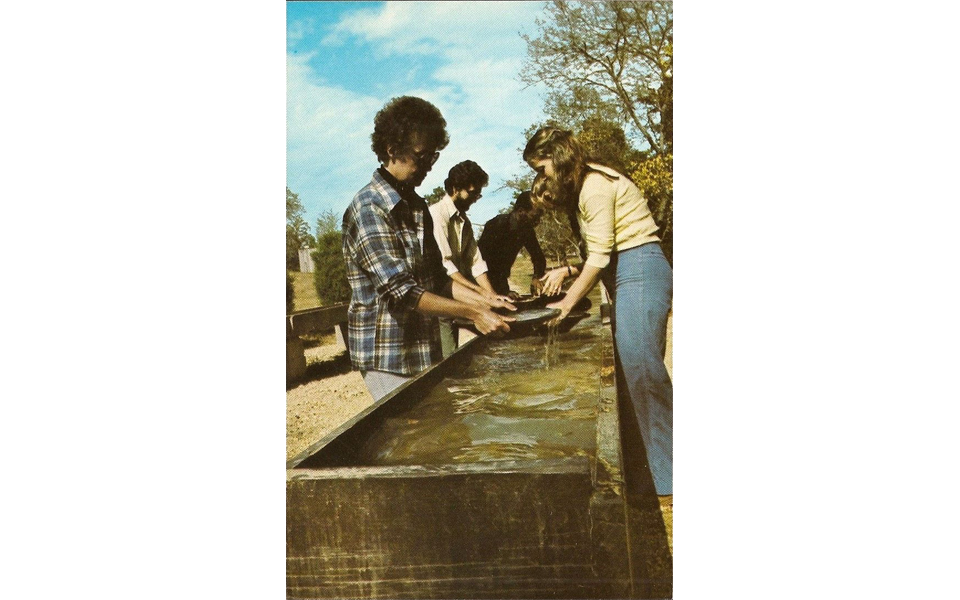 Panning for gold at the Reed Gold mine in a vintage postcard featuring some pretty haunting fashions. From the author's collection.

How to get there

You can experience a part of North Carolina's gold rush history by visiting the Reed Gold Mine State Historic Site located at 9621 Reed Mine Rd. in Midland. The site is open Tuesdays through Saturdays from 9am - 5pm. The admission is free, and you can there see the mine and its workings and even pan for gold. 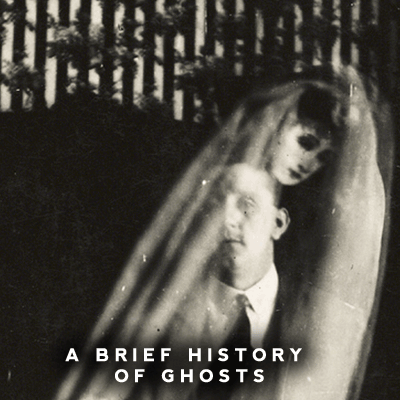