The Nantahala National Forest covers over half a million acres in Cherokee and Jackson counties. Deep in the forest is a gorge cut by the Nantahala river, a gorge so deep and dark that the sun only shines fully down to its floor in the middle of the day. It's from this gorge that the whole region gets its name - Nantahala, a Cherokee word meaning "Land of the noonday sun." And at the bottom of this gorge, in a deep, hidden cave, lived U'lag‘û, the giant yellow jacket.

This is a Cherokee story. Long ago, at the beginning of the history of the Cherokee Nation, there was a town called Kanu'ga'lā'ǐ, which means "brier place." This was generally a prosperous and peaceful town, but it did have one very, very pig problem. This was U'lag‘û.

U'lag‘û was a giant insect. Huge. The size of a house. His enormous size was how he got his name, because in Cherokee "U'lag‘û" means "The Boss" and U'lag‘û was big enough to boss around anyone he wanted. He moved through the air like no other insect or animal, darting, ducking, weaving, and hovering. He moved so quickly could be in one place one second and half a mile away in another.

U'lag‘û was hungry, too. It preyed on the people of Kanu'ga'lā'ǐ, appearing from nowhere, sweeping down from the sky to snatch children and carry them away. It moved too quickly for arrows to bring it down and flew too high and too fast to track from the land. The people tried many times to find its lair and destroy it, but with no success.

All the hunters in the village gathered together to follow the string. They chased over miles and miles and miles, until they cam to then end of the Nantahla gorge and saw the giant insect fly down into its depths. From their view at the top, they could see the U'lag‘û disappear into a cave at the bottom of the gorge. The men shouted and ran down into the deep valley after the beast. When they got to the cave, they saw many thousands of tiny versions of the U'lag‘û flying in and around the cave.

Quickly, the men gathered brush and blocked the entrance. They set the brush on fire. The thick smoke blew down into the cave and choked the U'lag‘û and the tiny insects until they died. But some of the ones flying outside the cave survived and flew off, and that's how yellow jackets came into the world.

This story is adapted from James Mooney's 1900 Myths of the Cherokee. Mooney was an anthropologist who worked for the Smithsonian Institution's Bureau of American Ethnography. Mooney learned to speak, read, and write in Cherokee, and spent years among the Eastern Band in North Carolina compiling books of the religious and cultural practices of the Cherokee nation. His works are the most complete extant written record of traditional Cherokee life.

The story of U'lag‘û is probably the Cherokee story most well known outside of the Cherokee nation. This may be because it bears some similarity to the monster-slaying stories popular in European cultures, particularly the stories of the Greek heroes and demigods which were enormously popular at the time Mooney published this story. It's important to remember, though, that traditional Cherokee cosmology is highly complex and very different from any European counterparts. It's also fascinating because it's a worldview that evolved in what is now the Eastern United States, and so the inhabitants of this cosmos include yellow jackets, possums, raccoons, and other animals, plants, and landscapes that are familiar to us still today. Encountering these stories can be, for the non-Cherokee, a remarkable fresh window on a world they thought they knew. 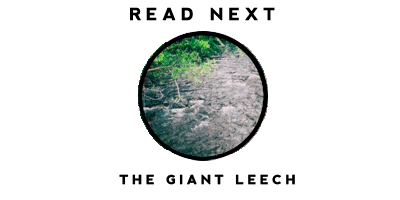