The Legend of Tom Dooley

In 1866, a woman named Laura Foster was murdered in Wilkes County. A man named Tom Dula, pronounced "Dooley", was convicted and hanged for the crime. That murder and the name Tom Dooley live on in one of the most famous folk songs ever to come out of North Carolina.

The traditional version of the story casts Tom Dula as a dashing, handsome Confederate veteran. When Dula returns from the war, he meets Laura Foster, a young woman who was being courted by a schoolteacher from the North by the name of Bob Grayson. Foster fell in love with Tom Dula, but so did another woman, Anne Melton. Melton was married, wealthy, beautiful, and insanely jealous. Learning that Dula was in love with Foster, not her, Anne Melton stabbed Laura Foster to death in a jealous rage.

Tom Dula was blamed for the murder. Dula fled, heading for Tennessee. Bob Grayson headed a posse to hunt down Tom Dula, and the posse dragged the fugitive back to Wilkes County. Dula realized that it was Anne Melton who had committed the crime. Tom Dula's sense of chivalry made him unwilling to see a wealthy woman dishonored and facing a death by hanging. So Dula confessed to a murder he did not commit in order to save Melton's reputation.

On May 1, 1868, Tom Dula was executed for the murder of Laura Foster. Grayson returned home to the North. Anne Melton went slowly insane from guilt, and years later as she was on her deathbed, the trees around her house filled with back cats and the air was filled with the smell of burning flesh as demons came to take her soul to Hell.

It's this version of the tale, a complicated story story that ends in the death of an innocent man, that became immortalized in a folk song that circulated in North Carolina for nearly 100 years before it was made nationally famous by the Kingston Trio in 1958. In a way which shows how much the ways in which we define music catgegories has changes in the past half-century, The Kingston Trio recording of the Ballad of Tom Dooley reached #1 on the Billboard R&B charts, even higher than its near-top placement on Billboard's Country charts.

It's said that Tom Dooley wrote this song himself. The legged has it that he that he was signing it, strumming along on his banjo, as he sat on top of his own coffin riding in the wagon on the way to his execution.

But the actual history behind the story of Tom Dula and the murder of Laura Foster are what might be generously described as slightly different from how he song tells it. Learn the Scary Truth behind the legend of Tom Dooley. 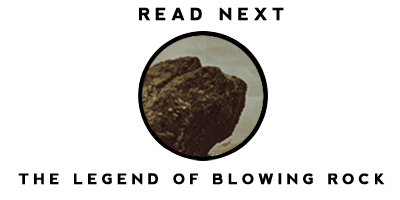