It happened once that Jack was down on his luck and so he decided to go out looking for work. Now Jack didn't like to work much, but he figured it was better than starving. So he put his beat up old hat on his head and set off down the road and he came to an old mill. The miller was standing outside and Jack asked him if he had any work to give him.

"Well yes I do," said the miller, "I need someone to tend the mill and grind the corn. You work for me and I'll pay you fair and give you board and let you sleep in the mill. But there's something I should tell you. There's some haunting going on in that mill, and nobody who's worked for me has lived past the first night they stayed there."

Jack took a look at the mill. It was a fine big stone building with plenty of glass windows that looked cozy and dry and like a good place to set up home for some time.

"I reckon I can handle any haunts," said Jack, "I don't get scared much and there ain't no haunt that's worse than being dead hungry and out of a job."

And so the miller gave Jack the keys to the mill and let him get started. Pretty soon after that, an old man with a long beard carrying a big bag of corn over his shoulder walked up the road.

"Hello there," said Jack, "I don't believe I've ever seen you before."

"Then how does it happen you know my name?" asked Jack.

"I knowed ye time I saw ye", said the old man, "I was wondering if you could grind this corn for me."

And so Jack took the corn into the mill and ground it real fine for the old man. And the old took his bag of meal and said to Jack "You've been so kind and helpful, Jack, I want to give you a present. Take this here knife made out of silver. It's real sharp and will cut real fine."

And so the man set off back down the road and Jack busied himself tidying up the mill and making it into a home. As the evening drew on, the miller came to the door with a hunk of meat and a big piece of pone for Jack's supper.

"I reckon any man deserves a fine last meal", The miller said and set off back to his house. Jack built himself a fire cooked the meat into a nice stew and set in to settle down for the night.

As Jack sat there eating his stew he saw something out of the corner of his eye. A big, black cat walked into the room. Jack didn't pay it no mind, but then another cat came in. And then another. And soon there were twelve big black cats, each one bigger than the last, sitting around the room and staring at Jack.

Now Jack was a little nervous about this, but he figured there was nothing to fear from a bunch of cats. But then the biggest, blackest cat of all walked right up to Jack. It looked up and down at Jack and then Jack and then spoke to him.

"Sop, doll, sop" said the cat, and it stuck its paw right in Jack's stew to sop up the juices and started licking that tasty meat right off its paw.

Now Jack was a little surprised at this, but he looked right back at that cat and said "You do that again and I'll cut that doll right off."

The cat didn't seem to care much. It looked up and down all over Jack again and then cast its bright green eyes right on that bowl.

"Sop, doll, sop," said the cat, and stuck it's paw right in the bowl again.

So Jack whipped out that silver knife the old man had given him and the cut that doll right off.

When he did this, that cat let out a yowl and all the other cats started yowling and they all ran right out into the night. Jack went to pick up the cat's paw lying on the ground, but when he did he was surprised to see that it wasn't a cat's paw lying there, but a woman's hand with a wedding ring on one finger. So Jack wrapped it up in a cloth and set it aside to show the miller in the morning.

When the morning came, the miller came right in without knocking figuring he'd find nothing but another funeral he'd have to pay for. But there was Jack, stretched out before the fire and still snoring away. The miller woke Jack up, and Jack told him what had happened and showed him that hand.

"I know that hand," said the miller, "And I sure know that ring. You come on up to the house with me an we'll get this sorted."

So Jack and the miller walked up into the house where the miller led them right to his wife, who was still lying in bed with the covers pulled up right up to her chin.

"You show me your hand," said the miller, and the wife stuck her right hand out from under the covers.

"It's your left hand I want to see," said the miller, but the wife said she wouldn't show him her left and and so he pulled off the covers and where here left hand should have been there was nothing but a bloody stump.

Now the miller knew that his wife was a witch, and he knew that she was the one who had killed all the men he'd hired to work for him. And just then eleven other women rushed into the room, they were the rest of the witches who knew, like witches do, that their secret was out. And so Jack and the Miller rushed out of the house and barred the door and set the house on fire and pretty soon that house and all those witches were burned up, crackle-pop.

"It was a lucky thing you had that silver knife," said the miller, "You can't hurt a witch with a knife unless it's a silver knife. I had guessed that wife of mine had been mixed up with a passel of witches, and now there's no more of that."

And so Jack stayed with the miller some time. He paid Jack well and the miller got himself another, prettier wife who wasn't a witch. Jack made a good living for a time, until he reckoned he'd done enough milling and set off again to find something else to do.

More About This Story

This story is retold from a group of folktales once common in the Appalachian mountains called The Jack Tales. They all concern the young boy Jack, who uses his luck and wits to overcome enemies and repeatedly make a fortune. These tales are all travelled to America from Europe, and the Jack in the stories is the same Jack who's now best remembered for his adventures with a beanstalk. These tales were first recorded in America by the folklorist Isobel Gordon Carter, who heard them from a Mrs. Jane Gentry in Hot Springs, North Carolina in the 1920s. Eighteen of the stories have been collected in Richard Chase's classic The Jack Tales, which is essential, and delightful, reading for anyone interested in North Carolina folklore.

The figure of the mysterious, bearded old man appears in several of the Jack stories. He usually appears to give Jack a present that will be essential in filling his quest. He might be just a narrative convenience, but in this tale his enigmatic statement of "I knowed ye time I saw ye" implies that he's a religious figure of some kind.

The phrase the witch says when she's transformed into a cat, "sop doll, sop", is a little ambiguous in it's meaning. It's assumed that a doll is another name for a cat's paw, but there seems to be no other instance of the word being used that way outside of the story, although on a personal note, I didn't discover this fact until relatively late in life. Which might explain why, after growing up knowing this story by heart, I received so many curious looks when I called a cat's paw a doll. 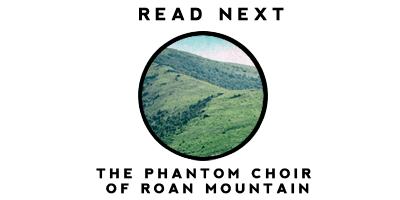