The Ghost of East Hall

East Hall is an unimposing dormitory on the campus of Appalachian State University. Its red brick walls and grayish-white interiors don't make it seem any different than any other student dumping ground in America, but according to the residents who've lived here over the years, it's the home to many bizarre occurrences.

The story begins in the early 1960s, when Appalachian State was still Appalachian Teacher's college. East Hall is U-shaped and built into the side of a steep hill, and consequently two of the wings have three stories, while the oldest wing in the building has five. It's on the lowest floor of the five-story wing, a level known as the basement, that a young student tragically took her own life. The cause of her suicide is not remembered, maybe it was an unhappy love affair, maybe it was just the endless Boone winters getting her down. Whatever the reason, one morning her body was discovered hanging from a long silk scarf in the basement restroom.

Ever since then, the whole old wing of East Hall has been a center of strange and unnatural activity.

Students living in East report hearing faint, whispered voices when walking in the hallways. Some students have said that they've woken in the middle of the night to see strange balls of light hovering near the ceiling of their dorm rooms.

There's at least one report of a student being pushed over by the ghost. The young man said that he was walking on the third floor of East Hall on his way to the bathroom when he said he heard a voice, coming from nowhere and saying something that sounded like "My dorm." As soon as this happened, he experienced what felt like a hand pushing against his forehead, and said that his legs kept moving forward but his head was being held in place, and he toppled over backwards.

But the strongest presence of the spirit seems to be in the basement, particularly in a narrow room that adjoins the bathroom where the young woman died. Many students have reported feeling unusual cold spots when moving through the basement. Others have reported being alone in one of the basement rooms but feeling a strong sense of presence, as if there is someone else in the room with them.

Many students have also reported seeing a strange, glowing blue mist in the basement. Roughly the size of a human being, this glowing mist is said to be seen moving through the basement, passing through walls, and always returning to the small bathroom that was the scene of the tragedy. An intense feeling of anger and malevolence is said to accompany the appearance of this mist.

Whatever is inhabiting East Hall, it seem to be having an affect on everyone who lives there. East Hall has a reputation for being a hot spot for student breakdowns and mental health problems. Students who live in the dorm exhibit a bizarre variety of eccentric and even psychotic behaviors. The campus mental health services keeps a quiet watch on the students in this dormitory, and is always on the lookout for the first signs of someone "Going East." 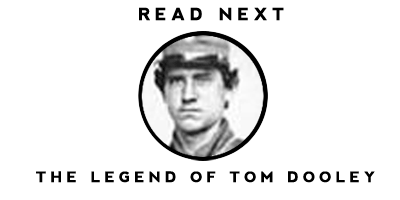