By the end of the century, this ground was already becoming full, so in 1799 the church acquired a nearby field to make more room for the dead. The church gave control over the cemetery over to the city of New Bern in 1853. The mid 19th Century was something of a golden age for cemeteries. Sentimentalism and Romanticism were very much in fashion across the English-speaking world. The city immediately set off with a series of improvements to transform the simple burying ground and bring it more up-to-date with the elaborate, ornate, style that was the height of mortuary fashion at the time. They also renamed it with the romantic title of Cedar Grove Cemetery. 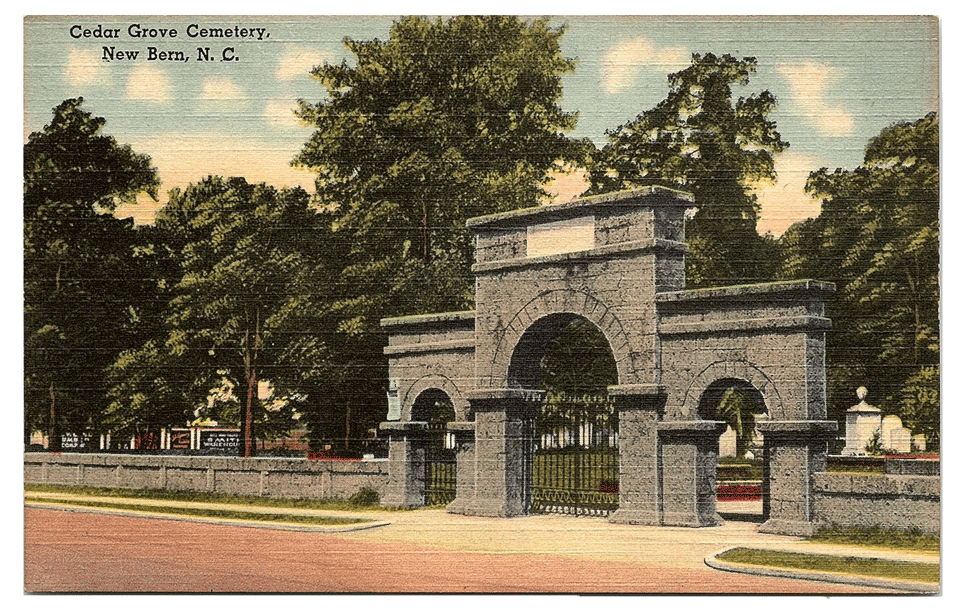 A vintage postcard of the Weeping Arch at Cedar Grove Cemetery

The crowning glory of the remade cemetery was the wall made of locally-quarried coquina, along the Queen Street side of which was the grand entrance through, a towering triple-arched gateway. Coquina or "shell stone", is stone made of calcite derived from the buildup of centuries of mollusk shells which has a lovely soft-grey color.

It's this Queen Street gateway that has taken Cedar Grove Cemetery into the realm of legend. Soon after the arch was constructed, people began to notice that there were small drops of water dripping from beneath the archways.

These drops seemed to occur whenever there was funeral party traveling through the gateway. And it was remarked that the small drops were very much like tears. The citizens of New Bern began to say that it was if the stone itself were crying in mourning for the dead. This earned the gateway to the cemetery the name "The Weeping Arch."

The legend of The Weeping Arch also grew to include a slightly more sinister note. It's said that when a group of people pass through the gate, whomever a drop of water from the arch falls on will be the next to die. It's been a long time dare among New Bern children to run though the arch to see if they can avoid getting hit by a falling drop.

The Weeping Arch is still standing, and still crying to this day. And while someone will always be the next person to die, you may want to bring an umbrella when you walk under it, just in case.

How To Get There

Cedar Grove Cemetery is located in the eastern part of New Bern, along Queen and George streets. The Weeping Arch can be found on Queen Street.

It should be noted that the tears of the Weeping Arch may very well have a perfectly natural explanation. Coquina is a highly porous stone, and the top of the arch is a broad, flat surface. The tears may simply be the rainwater that collects on the top of the arch leeching through the stone. 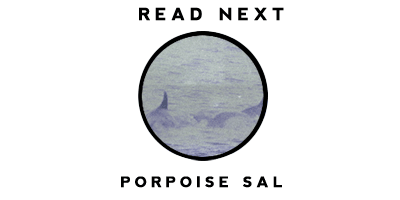