The Mysteries of the Great Dismal Swamp

The Great Dismal Swamp stretches across Northeastern North Carolina up into Southern Virginia. The swamp is one of the largest natural areas in the Eastern United States, with over 100,000 acres protected by state and federal preserves. But despite its appearance as an untouched, primordial landscape, the swamp has a long and complex history of human settlement and exploitation. The swamp was home to Native American bands for over 13,000 years. And when Europeans arrived in the area, the swamp almost immediately became an object of fascination.

None other than George Washington was one of the earliest men dedicated to transforming the swamp into something other than a swamp. Washington was a major investor in the Great Dismal Swamp Company, a company that attempted to colonize the swamp by draining it and transforming it into farmland. When that proved impossible, the company turned to harvesting timber from the swamp. This industry eventually led to the creation of the Great Dismal Swamp Canal to transporting the logs from the deep forests, and the canal remains the oldest man-made waterway in America still in use.

Prior to emancipation, the Great Dismal Swamp served as home to a small number of Maroon communities. Maroons were enslaved people who freed themselves and fled into the wilderness to avoid recapture. These communities began springing up almost as soon as the slaves were brought into the colonies, and the importance of the Dismal Swamp as a place to escape to was widely understood. The abolitionist Harriet Beecher Stowe, author of Uncle Tom's Cabin, in her second anti-slavery novel Dred: A Tale of the Great Dismal Swamp. Today the presence of these communities is commemorated in the recently-added Underground Railroad pavilion located on a trail near the Great Dismal Swamp National Park headquarters in Suffolk, Virginia.

The swamp is stunningly beautiful, but also wildly dangerous. It's easy to get lost in the mazes of islands and waterways. There are dangerous animals in the swamp, but also dangerous geography. The waters can be deceptively deep and impossible to climb out of, and over the years many lives have been lost beneath its waters. So with this long, complex, and dangerous history, it's not surprising that there are more than a few stories that have attached themselves to the swamp over the years.

There seems to be an air of mystery throughout the whole swamp. Mysterious lights are often seen floating through the woods and over the waters at night. Hunters have passed down stories of shooting a bear or a deer, only to find that the body has vanished and left no trace, not even a drop of blood, when they go to retrieve it. There are multiple stories of people encountering phantom figures in the woods of the swamp, people dressed in everything from colonial-era clothing to that of early 20th century lumberman.

Perhaps that spirits of the swamp are even reaching out to help others from joining their ranks. There's one legend from the swamp which speaks of a mysterious, traveling graveyard which can't be found when you're looking for it, and will only appear to warn someone that they've lost their way.

The most famous legend from the Great Dismal Swamp comes from slightly north of the border in Virginia, where Lake Drummond stretches for five miles through the swamp. This is the the story of a pair of American Indian lovers who were pledged to be married, but the bride-to-be died on the morning of the wedding day. The girl was buried in the depths of the Dismal Swamp. Driven mad by grief, her young lover became convinced that he could still see her paddling a white canoe across the surface of the lake. He made a makeshift raft and followed the vision out onto the lake, but drowned in the attempt to reach her. Ever since then, the vision of the two lovers paddling together in a white canoe can sometimes be seen on Lake Drummond. 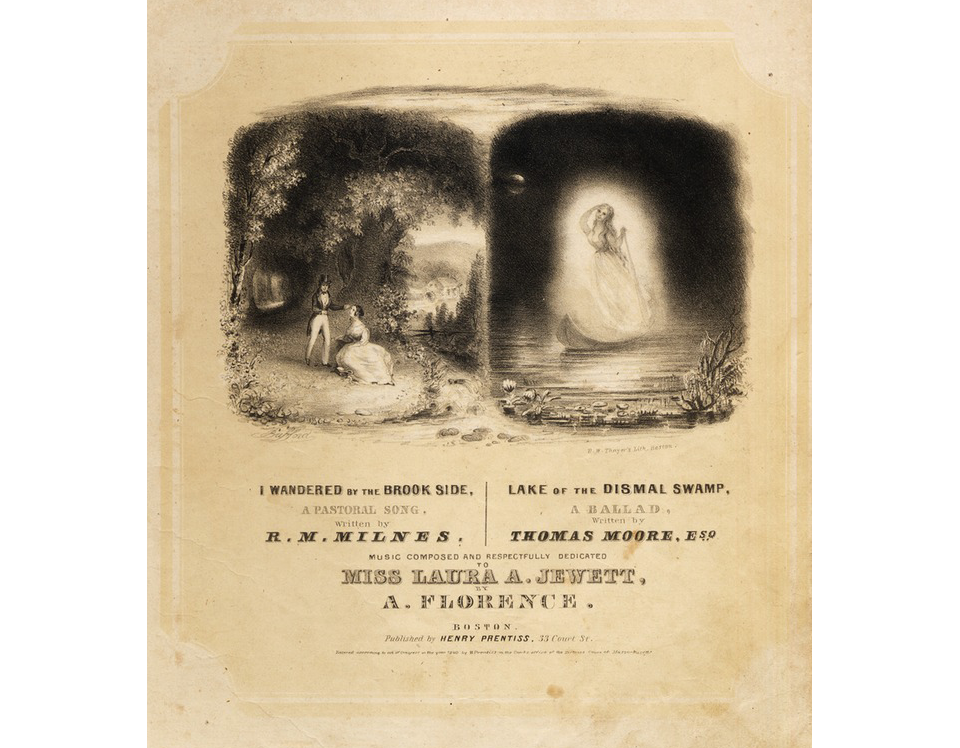 This story was the inspiration for the Irish poet Thomas Moore's A Ballad - The Lake of Dismal Swamp, where he sums up the whole situation thus:

They made her a grave, too cold and damp
For a soul so warm and true;
And she's gone to the Lake of the Dismal Swamp,
Where, all night long, by a fire-fly lamp,
She paddles her white canoe.

Moore's sentimental Ballad was wildly popular at the time, and actually spurned a small tourism boom for the Great Dismal Swamp.

Recently, the ballad took on a somewhat odd second life. The illustrator and writer Edward Gorey, wel-known for his slightly macabre illustrations, was also a playwright and a great lover of the opera. Upon his death in 2000, an libretto for an opera based on Moore's poem and written to be performed by hand puppets was found among his papers. The White Canoe: An Opera Seria for Hand Puppets was Gorey's final theatrical work, music was written for it by Daniel J Wolf and a production staged at the Cotuit Center for the Arts in Massachussets five months after Gorey's death.

Gorey and Wolf weren't the first to give a musical voice to the swamp, either, in 1933 composer William Grant Still wrote a tone poem titled Dismal Swamp, inspired by the long history of African-Americans with the swamp. So it appears that the Great Dismal Swamp is still inspiring people, and that there are more stories about the swamp to be told, and even more ways to tell them. 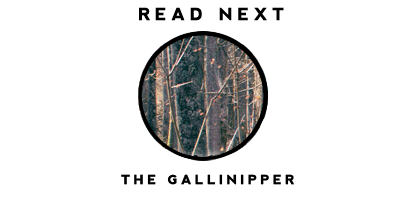