In 1802, there was a young man named named Jesse Elliot who lived in the little coastal town of Bath. Elliot was a gambler, a brawler, a drunkard, but most of all he was a racer. Jesse Elliot was the extremely proud owner of fiery black stallion. Elliot would race anyone, anywhere, any time on this strong and swift horse. Many riders challenged Jesse Elliot to a race. And Jesse Elliot always won.

One day, a tall man appeared in the town and approached Elliot, saying he'd heard of his racing fame and of his magnificent black horse. The man said he had a horse he thought was just as strong and just as fast as Elliot's, and that he'd like to try his horse and his skill against Elliot and his stallion.

Elliot quickly agreed, and the two men arranged to meet for the race in one hour. It was a Sunday.

Elliot went home to get his horse. He pulled on his riding boots, had a few drinks to prepare himself, and set off for the race. His wife, a devout woman, was alarmed that he was intent on racing on the Christian Sabbath.

Elliot scoffed at her. His wife, fed up with her husband's wicked ways, shouted at him as he rode off, "I hope you're taken to Hell this very day!"

When Elliot arrived at the course, he saw the waiting for him a midnight black stallion, larger and more fierce than any animal Elliot had ever seen. And atop that angry horse was the stranger, dressed all in black, with an evil fire burning fearfully in his eyes. 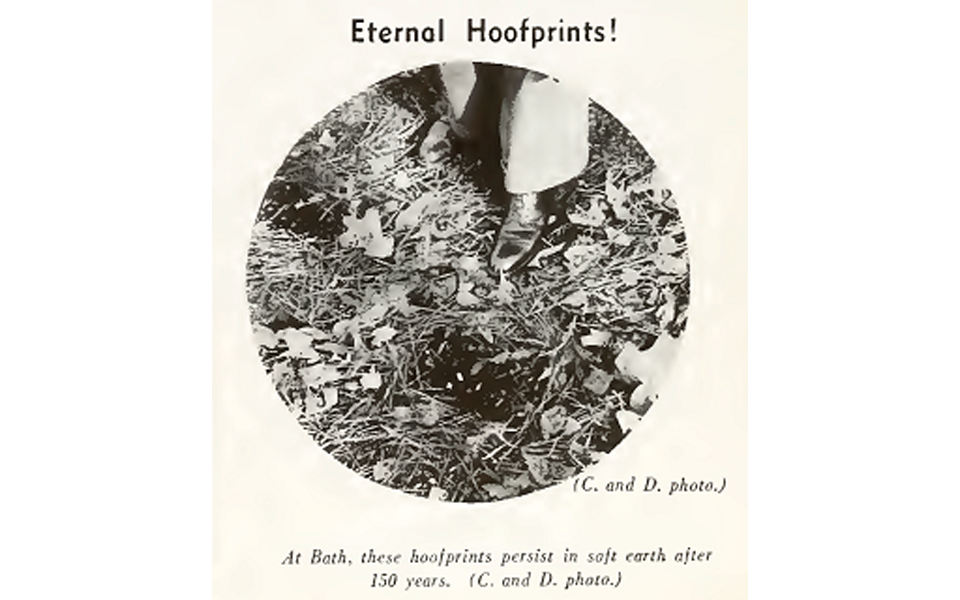 Frightened, Elliot paused for a moment, but his greed for racing consumed him and he urged his stallion on, shouting "Take me a winner or take me to Hell!"

Elliot's horse charged ahead, and the stranger lagged behind. The stranger seemed to be taking his time, keeping a length behind Elliot and his stallion.

As they neared the finish line, the stranger's horse put on a great burst of speed and drew right along side Elliot. And as soon as it did, Elliot's own horse dug its feet into the grown. Jesse Elliot was thrown off of his horse's back and into a tree. Elliott was killed instantly.

As for the stranger, it's said that he just laughed, and rode back to his home in Hell with Jesse Elliot's soul riding behind him on that fiery black stallion.

The hoofprints that Elliot's steed had made when it stopped suddenly remained imprinted in the ground. They remained even through the heaviest rains and muddiest winters. The minister at the local church began preaching about the hoofprints, saying they remained immovable in the ground as an example of where a wicked life would lead.

Those hoofprints where Jesse Elliot's horse dug its feet into the sand can still be seen to this day. It's said that nothing will grow in those hoofprints, that no bird will eat seed scattered in them, and that nothing left in the tracks will stay there overnight.

Historic Bath Town is located in Beaufort County, not far off of route 264. It's a lovely place to spend the day walking around in a historic town by coast. The spot where the Bath hoofprints are said to be on the ground is on private property and not accessible to the public, but town does have a fascinating series of exhibits to see and historic buildings to tour. 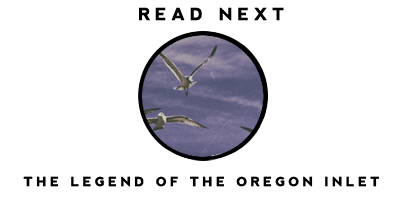